Reminder to Vendors: ALWAYS Use an Unpacking Script! 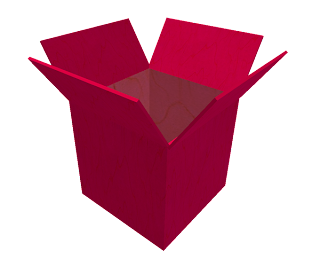 When you list your products on SpotONSynergy, please remember to place an unpacking script into the box. This will allow the purchaser to wear the item, and then touch it to copy the contents to a folder in their inventory. We want you to do this because we do not want customers to be forced to find a rez area just to unpack their box. This is especially true for Free4Ever accounts, whose only option would be to teleport to a sandbox.

The current version of the unpacking script is named “SpotON3D Unpacking Script 1.2”. You can obtain a copy of it, along with sample boxes containing the script, from the SpotON3D Merchant Essentials box, available at the SO3D Resource Center at http://3Durl.com/map/veesome/SO3D%20Resource%20Center/132/139/24. On the Resource Wall, find the yellow “Scripting Resources Information” display, and click the blue “Merchant” ball near the top right. The script will also be provided as part of the Merchant Starter Kit, available for free from SpotONSynergy by clicking the link “Get The Merchant Startup Kit”.

After you have boxed your items, drop the SpotON3D Unpacking Script inside along with the other contents. This will do two things:

When the purchaser touches the box, it will copy everything (except for the script itself) into a folder in their inventory. The folder name will be the same as that of the box. And, after the contents are unpacked, the box will automatically detach itself from the avatar’s body (if you are using the current version of the script).

If you are using an older version of the script (without the 1.2 at the end of the name), then please be sure to manually add the phrase "(Wear Me)" to the end of the box name before placing it into your Merchant box.

Providing an unpacking script in the box for each listing gives the purchaser a simple and consistent way to receive merchandise. Please keep this in mind as you list items on our Marketplace.
Posted by Greg (Fran) at 8:51 AM