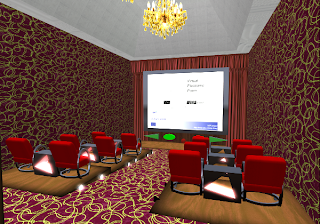 SpotON3D/WorldWorks is extremely pleased to welcome Doctor Schwartz and Autumn Beaver into our family. They have been working together recently to develop the Newpoint Academy sim, a place where young people can come and learn through interactive displays, while having fun at the same time.

Doctor Schwartz (Dr. Dave Schwartz in RL) is an instructor at the Newpoint Academy charter school in Panama City, Florida, and has been actively working to incorporate technology into the classroom, especially through the use of digital worlds such as SpotON3D. After discovering Second Life in 2007, he immediately recognized how it could be used for learning. “I … was immediately attracted to the potential for recreating historical events and places. I also liked the potential for virtual worlds to create new and shared experiences... new potential for artistic expression... the ability to create interdiscisplinary exhibits and educational material.”

Doctor Schwartz moved to SpotON3D because he had become disillusioned with the cost of SL, and with the lack of true collaboration and cooperation among the residents. His new job of teaching sixth grade history in a charter school that focuses on technology has allowed him to get back into digital worlds, and his goal at SpotON3D is to create a unique campus that all of the Newpoint schools can take advantage of, develop, and share in order to give the students new and unique opportunities for learning, and above all for using their imaginations. 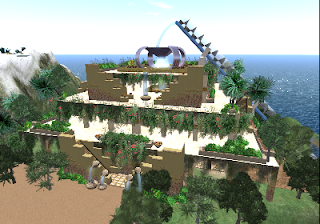 Autumn Beaver is a friend and colleague of Doctor Schwartz from Second Life. She has been involved in digital worlds for many years now; besides Second Life, she has worked in ReactionGrid, IMVU, There, and many others. She is an accomplished builder who has been working closely with Doctor Schwartz to develop the Newpoint Academy sim. Autumn has been able to take Doctor’s ideas and turn them into a reality inside of SpotON3D. 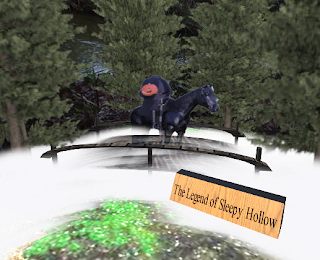 Autumn was introduced to digital worlds by a friend, and loves their social and creative possibilities. She says that digital world creation is her full time work in real life, and that she loves doing it. She also loves the research, experimenting, and learning that has gone into the work she is doing for Newpoint Academy. 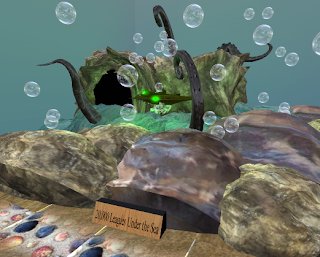 These photos show some of what Autumn has accomplished so far on the Newpoint Academy sim. One fascinating area is the literature garden, when you can walk through a series of exhibits that bring some of the great literary works to life -- everything from the Legend of Sleepy Hollow to Tom Sawyer. You will also see recreations of the Pyramids and the Sphinx, as well as other wonders of the world. 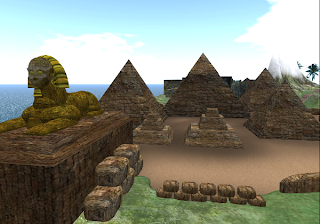 With Doctor Schwartz’ vision and Autumn’s creating skills, we’re sure that the Newpoint Academy will become a place that will inspire the imagination of students for years to come!
Posted by Greg (Fran) at 8:51 AM