New Female & Male AOs Available on SpotONSynergy - Check it Out! 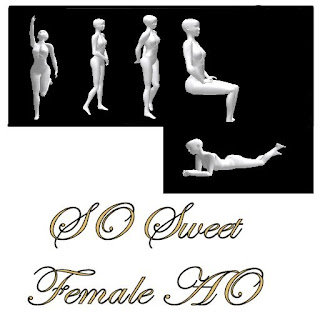 If you aren't satisfied with what any of the standard Animation Overriders (AOs) in SpotON3D provide and are looking for something more, then you will want to check out Michael Somerset's new AOs, available now for purchase on SpotONSynergy. Michael creates all of his own animations, so each of them is an original, not available elsewhere!

There are two different AOs, one female and one male. The female version contains 38 animations, which includes a walk that has less hip sway than the ones traditionally found in female AOs, giving it a more modest and less "aggressive" feel. The male version contains 24 animations, with a more sports-oriented run (one that he previously used as part of a football league in Second Life). 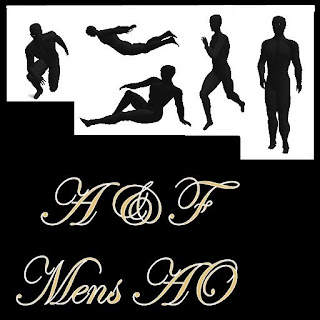 Both AOs contain a choice of five standing positions. Michael has designed the different stands so that they flow seamlessly from start to finish, without the annoying "jerk" that you often see with other AOs when their animations loop.

There is also a choice of animations for sit and ground sit, as well as new crouching, flying, and falling animations in both. Each of them also has a swim built in, making them truly versatile AOs.

Michael tells me that he soon will be releasing a second female AO, one that uses a more traditional female walk for those who prefer that. He will list this additional AO once he has it ready, so please keep checking back.