We have had many great people who have chosen to make SpotON3D at least one of their 3D Web homes. But every once in a while someone comes through with a little something extra -- a blend of personality and energy that really makes you take notice. That’s what you get with Varda Silver! 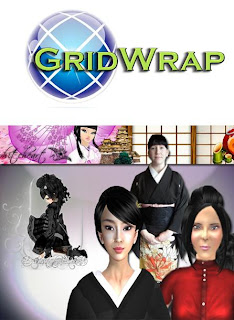 When not busy creating skins and clothing for her in-world business Silver Wolf Designs, or with developing her five family-friendly role play sims, Varda keeps herself actively involved in the SpotON3D community. She has helped out with some of our videos, and did a wonderful job of narrating a story as part of a video promoting 10 Goosson’s Winter Wonderland HotSwap Scene. She also runs the Blue Shanty, a club in Shanty Town that is a perfect venue for DJs and concerts. But Varda is perhaps best known as the host of Grid Wrap, a bi-weekly program where she speaks in depth with a member of the SpotON3D community. Her ability to prepare insightful questions and to put her guests at ease during the interview is quite amazing. I always look forward to attending Grid Wrap, because I know that I will walk away from it feeling that I understand that week’s guest much better, thanks to Varda’s professional approach.

Before starting out in online worlds, Varda was a blues and rock singer with a band on the Austin circuit, but says that she felt empty during that time...that she was not really fulfilling her creative potential. Also, there were negative connotations that came with being a female rock singer, which made her want to back away. She describes herself as a “severe introvert”, and that is what fueled her love of art, music and theater, since these gave her the chance to play a role and not be so self-conscious.

When Varda did begin venturing into 3D Web worlds, she brought her love of acting, art and music with her. She has consistently immersed herself in role play groups that involve creatures such as fairies, elves, dragons, ogres, and even humans...but always in a family friendly manner. She started as SilentSilver in IMVU in 2006, which she later changed to VardaSilver. She joined Second Life in 2009 as VardaSilver Spearsong. She had also spent short amounts of times in other online worlds before coming to SpotON3D in 2011 as Varda Silver.

Despite encountering negativity and drama from some of those involved in her role play scenarios, Varda also found herself part of a close online family, which is what has made her want to stay with it. While in Second Life she met the love of her life, Raven Wrath, who helped her to get past many of the mental roadblocks that were holding her back. Raven has joined Varda in SpotON3D and is a talented artist in his own right, having produced some incredible artwork and skins. 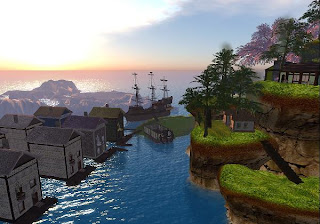 Varda is thankful to many people she has met at SpotON3D. These include Colleen (Anya Ibor) of Fearless Nation, who has helped her deal with some traumatic childhood issues and move on from that; Tessa Harrington, who believed in her and gave her the opportunity to host Grid Wrap; and Victor Hua, for his constant helpfulness and incredible patience. But she is also thankful to the SpotON3D community as a whole. "I knew there is such a thing as an online community that really CARES about the people they are with, who puts their priorities in the right place and not turning a great place into a giant mall or a sexy sandbox. I feel honored to be in a place where I know my little niece could come hang out one day and I would not be worried, or where I can really concentrate on working, and not worry about cyber bullies like so many other places! Thank you SpotON3D for helping me on my way to becoming great!"

Thank YOU Varda, for all that you do. We’re sure that the best is yet to come!

While in world, be sure to stop by Varda's role play sims: Iron Kingdom, Kanjania, Iron Dragon, Shadow Fang, and Iron Rose.

You can sign up for an account with SpotON3D by going to https://spoton3d.com/register/, or through your Facebook page at https://apps.facebook.com/webworlds/.
Posted by Greg (Fran) at 9:19 AM